Climate change is one of the most pressing global issues of the twenty-first century with energy demand in the information technology (IT) sector estimated to have consumed approximately 12 percent of global electricity in 2017 and expected to grow at least 7 percent annually through 2030, according to a report by the nongovernmental environmental organization Greenpeace.

In the report, Brad Smith, president and chief legal officer at Microsoft, warns that data centers will be among the largest users of electrical power on the planet by the middle of the next decade. The increased demand for IT-supported business operations and rising consumption of electricity highlights the continued need for organizations to look toward green IT solutions to reduce their environmental footprint.

The concept of green IT has been around since 1992—when the U.S. Environmental Protection Agency first launched its Energy Star program, which helped consumers identify energy efficient products. Over the past few decades, demand for more energy-efficient business practices has grown, driven in part by public policy, stricter energy efficiency requirements, and consumer advocacy for corporate social responsibility.

Companies looking to reduce their environmental impact without negatively affecting profits should consider increasing their investment in green technology and other sustainable IT solutions, according to a new study on information technology and sustainability published in Production and Operations Management.

Terence Saldanha, Carson College assistant professor of information systems, and his research coauthors have examined the impact of green IT investment and implementation on a firm’s energy conservation efforts and profits.

According to Saldanha, an increased focus on corporate environmental sustainability, as well as global efforts in response to climate change, continue to encourage companies to explore ways for improving energy efficiency.

“But this also goes beyond the notion of just being good to the environment. Customers also are looking for it,” says Saldanha.

HOW FIRMS CAN LESSEN ENVIRONMENTAL IMPACT

The Paris Agreement, aimed at strengthening the global response to climate change, recognizes the important role technology will play in addressing climate change issues. As efforts are made to limit global temperature increase, firms may face new regulations which place a stronger emphasis on environmental sustainability.

Researchers say companies that invest in their own green technologies can operate in more environmentally sustainable ways without hurting profits.

But as technology continues to evolve and becomes more deeply integrated in business processes, some argue that the increased use of technology will lead to more challenges, for example, creating more e-waste from the disposal of outdated equipment or systems.

Even though it’s important for firms to be mindful of the e-waste they generate, the environmental benefit of the right technology investment could outweigh any negative impact, according to Saldanha.

“You can achieve both profit and energy efficiency through IT investments,” he says.

Investment in technology alone doesn’t automatically lead to an improved bottom line, researchers note. When and how companies make IT investments in internal operations and partnerships with suppliers also matter.

According to Saldanha, when companies make investments in technology to their own internal operations—such as modernizing data centers, moving toward virtualization of servers, or automating certain processes—it’s possible to reduce energy consumption without hurting profits.

On the other hand, firms that make investments in green technology through partnerships with suppliers— such as implementing takeback agreements or using more green technology products under contract—can create more environmentally sustainable operations. However, they might not experience any significant impact to profits, either positive or negative.

“When considering IT investments, companies should be aware of the tradeoffs that happen when they are implementing those kinds of steps with technology from a supplier,” Saldanha says. 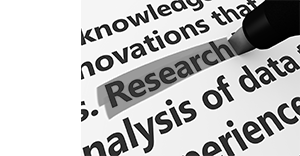 The Carson College will be recognized by the business and policy communities of the Pacific Northwest as the leading source of research-based insights and critical thinking about business.