An Advocate For Success:
Girish Chummun ’17

Girish Chummun graduated in May and reconnected with his father for the first time in five years. It’s not that they don’t talk; they do, all the time. But the physical distance between them was so great that neither has ventured out to see the other in all that time.

That’s because the Chummuns are from Mauritius. If you could tunnel through the Earth to Pullman’s antipode, you’d come out somewhere in the Indian Ocean, not all that far from the tropical island of Mauritius.

“It’s a long trip!” says Chummun, a finance and international business major in the Carson College of Business. In 2012, when he flew from his home, it took 7 hours to get to Dubai and 15 to get from Dubai to Seattle.

When he arrived in Washington, Girish’s plan was to quickly finish his high school degree in an accelerated program at Edmonds Community College. But then he learned that he could earn an associate’s degree and transfer to a four-year college, so he stuck around and got involved in student government.

“I was a student trustee,” he says, “appointed by the governor. I went to Washington, D.C., to advocate for Pell Grants and federal funding for community college students. It’s my great passion, advocating for student success.”

After finishing at Edmonds, Chummun applied to and visited both WSU and the University of Washington. “WSU was the best fit for me,” he says, extolling the virtues of smaller classes and the increased access to faculty mentors.

At WSU, Chummun was appointed as an ASWSU Carson College senator, representing his fellow business students in the Associated Students of WSU legislature.

“I was the only international student on the ASWSU, which can be a little frightening. But I persevere, and keep strong.” Chummun is driven by his desire to see “students succeed regardless of race or religion.”

Chummun also was selected to join the Carson College Ambassadors, representing the college at recruitment events and helping to organize professional development workshops. In his final months at WSU, Chummun pushed to have the ambassadors recognized as a Registered Student Organization. That recognition came through in April.

A recipient of several scholarships, Chummun is the very model of a grateful grad. “My parents own a small pharmacy back home,” he says, “so I’m really grateful to the donors who helped me and really alleviated a lot of burden from my parents’ shoulders.”

Chummun speculates that he’ll likely go to work in the financial industry, at least for a while. He’s looking at companies like the global consultancy KPMG, which has offices in Seattle—and Mauritius. But eventually, he says, he’d like to come back to WSU for, first, an MBA, and then to work for the University in some capacity.

“I’m proud to be a Coug,” he adds, “and would love to be a donor to the Carson College someday. 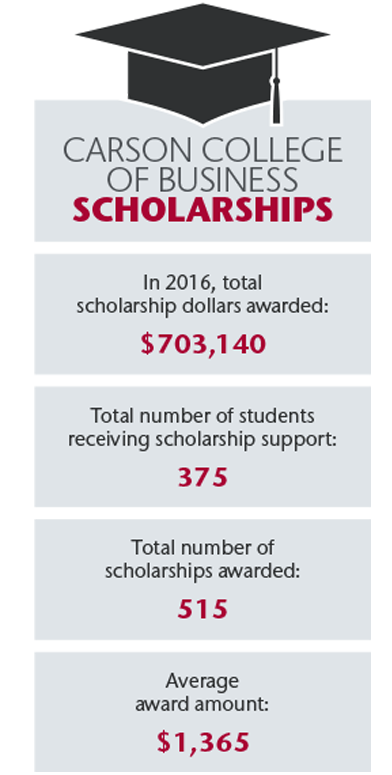 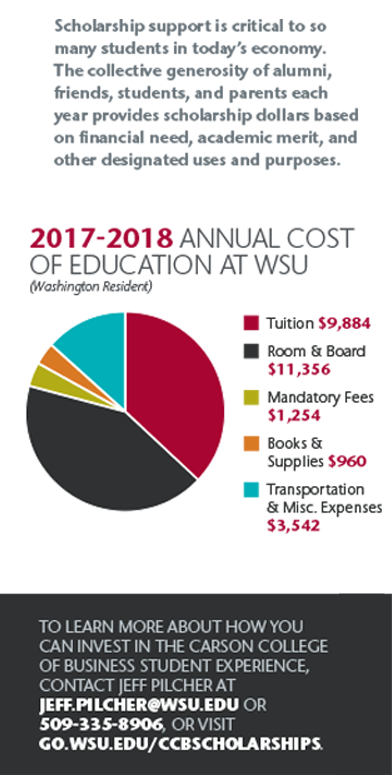