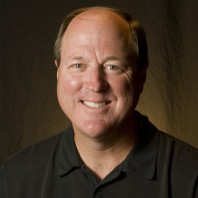 If you ask alumnus Dan Castles what he is most proud of, he will never say it’s his company’s long history of growth and profitability, though he would have every right to. A world-class provider of live and on-demand digital video tools and workflow solutions, Telestream has been acquired two times since it was founded 17 years ago, most recently by Genstar, a leading private equity firm based in San Francisco, for approximately $300 million.

During his guest lecture to business students in Professor Kalu Osiri’s class on the Pullman campus, Castles said he is most proud of Telestream’s culture. When he started Telestream, he knew he wanted the company to have a distinct way of doing business, grounded in the principles he personally upheld and those he learned while at WSU. He began having conversations with other Telestream executives and employees to find out what they valued, and he wrote a list on a piece of scratch paper.

Someone asked for his hand-written list and turned it into a more formal document.
Pretty soon, Castles noticed employees were posting it around their work stations as the company’s value statement.

“These guiding principles are the reason we have kept people here through the years; the three original founders are still with the company,” he said. “We don’t lose money because people are attracted to our culture and the continuity with which we do business.”

Castles said CEOs have to make a lot of decisions in a vacuum, and that is when character really matters. But you must know your character: “It’s what you do when no one is looking that counts,” he said. 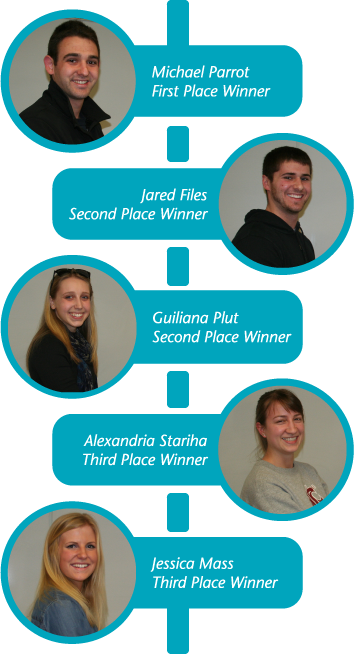 Exercise in humility to build character

Castles says he loves to speak to classes of Cougs and hire them because they are grounded, realistic, and humble. To help students practice those attributes, he gave Osiri’s class an optional assignment. He asked students to imagine they were the CEO of a company that completely failed and to write a heartfelt letter explaining to a friend, family member, or other investor why their money was lost.

“If you learn and practice humility, people will want to be around you and work with you,” he said.

Michael Parrot, a marketing/ prelaw junior from Covington, Washington, won first place and $100. His letter to “Uncle Dan” expressed regret for losing the investment money but also explained what he had learned from the experience and how he would use it to his advantage in the future.

“One of the main reasons I chose to participate in his contest was because Castles told us a male student had never won,” said Parrot. “Being competitive in nature, I wanted to rise to the challenge, and surprisingly I won the contest!”

Jared Files, a pre-dental and business entrepreneurship senior from Sammamish and Giuliana Plut, an apparel merchandising major from Bellevue, tied for second place and $75.

“I pretended to write the letter to my father who passed away this last December. He was, and still is, my hero,” said Files. “Trying to explain to him that I lost his investment really helped me write a heartfelt letter.”

“I addressed the letter to my parents. I am very close with them; they have always supported me, and I believe they always will. Having to write a letter to them saying I lost all their money was really agonizing, and that helped me tap into an emotional place,” said Plut.

Alexandria Stariha, a wine business management major from Seattle, and Jessica Maas, a marketing major from Spokane, tied for third place and $50.

“I chose to do this exercise because it is important and difficult to admit one’s faults and failures, and even more difficult to tell friends and family the money they invested in your idea has unfortunately been used up,” said Stariha, who addressed the letter to her parents. “It was a very humbling letter to write.”