As a youth, Phyllis Campbell (’73 Fin.) developed a passion for business by working in her father’s dry cleaning business, learning everything from customer service to bookkeeping. Acts of generosity were a common theme for her family as they served their Spokane customers and community. In this environment, Campbell learned an important philanthropic principle that has stayed with her for life: the more you give, the more you get back.

Campbell saw this model of generosity demonstrated when it came time for her to consider college. Her father wanted her to attend WSU, but it was financially unfeasible for the family. Her dreams were on hold until she received a $2,500 scholarship from the University.

“It was the amount of money that allowed me to go to college,” she says. “I’ll
never forget that.”

Once a Coug, Always a Coug

After graduating from WSU, Old National Bank in Spokane hired Campbell as a management trainee. She became the first woman to lead one of Washington’s larger banks when she was named president and CEO of U.S. Bank of Washington in the early 1990s. Campbell is now chairman of the Pacific Northwest division for JPMorgan Chase & Co.

Throughout her career, she has been deeply committed to investing in WSU and in the Carson College, participating in Power Breakfasts, on various dean’s advisory councils, and guest lecturing on campus, along with other forms of service to the University.

Campbell was a WSU regent from 1991 to 2003 and received the Regents’ Distinguished Alumnus Award in 2006, the University’s highest honor. “Once a Coug, always a Coug,” says Campbell. “I am grateful for the solid education I received at WSU and want to pay it forward.”

Supporting the Next Generation

Campbell recently invested in the college’s Next Carson Coug curriculum that helps undergraduates develop stronger business acumen, soft skills, and critical thinking. She says her motivation springs from three main observations—the relevance between Carson programs and employers, the generosity of other investors, and the college’s culture of making a difference in the world through its students and research.

“Dean Hunter’s commitment to students is inspiring. He emphasizes a pragmatic education, where students get exposure not only to the highest quality curriculum, but to courses that apply to the real world,” she says. “While the business program is already solid, the icing on the cake would be to have more globally fluent graduates who are able to think creatively about the challenges we face.”

In particular, she sees cultural competency, teamwork, communication skills, and intellectual agility as the top skills students need to become successful business leaders. “The Next Carson Coug curriculum will evolve their future-oriented skills, maximizing the intellectual engagement necessary for an increasingly diverse workforce. The more we invest in students, the more we benefit the world.”

To learn more about supporting the Next Carson Coug,
contact Jeff Pilcher, director of development, at 509-335-8906 or jeff.pilcher@wsu.edu,
or visit our website. 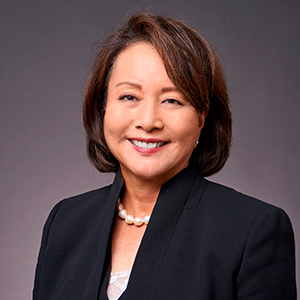 I am grateful for the solid education I received at WSU and want to pay it forward.