When Bryan Emerson (’17 EMBA) graduated from high school, he had no money and no options for attending college. He supported himself by working for Freightliner and quickly learned about work ethic and how difficult it can be to make ends meet in a fast-paced assembly line job.

“It made me reassess having an education and what doors would open if I went back to school, but I simply was bereft of the savings and resources to do it,” Emerson says.

Emerson began his American Dream by returning to school and earning enough academic scholarships to fully fund his education at Clark College in Vancouver, Washington.

“To me, the American Dream means we’re all given an opportunity to lead and be innovative, which defines the touchstones of success,” Emerson says.

Drawing upon experience building computers for digital music studios, Emerson received an internship setting up the computer network in the Clark College student services department. He graduated in 1997 and went on to earn a bachelor’s degree in electronic communications from WSU Vancouver.

Emerson worked in information technology for a variety of companies. He also founded his own company, Web Dynamix, and developed solutions for 400 client over a 10-year span. Now, Emerson is the chief information officer and vice president of information technology for Bob’s Red Mill in Milwaukie, Oregon. Bob’s Red Mill produces a wide variety of whole grain products, from flours and hot cereals to baking mixes and grains. It also produces gluten-free and certified organic products.

Last year, looking to round out his business acumen and leadership abilities, Emerson applied to WSU’s Executive MBA (EMBA) online program and the University of Oregon’s EMBA program. Emerson chose WSU’s program because of its flexible, online schedule. He was also excited to see so many high-level executives in WSU’s program.

“Many in my cohort do business at a whole other scale. Bob’s will grow into that enterprise company space, and it’s extremely valuable to get experience and perspective from people who manage and lead at that scale,” Emerson says.

Emerson says the best part about the EMBA program was learning from and with professors and fellow students from all walks of life.

“When you needed a hand, the professors were always available—even on Saturdays,” Emerson says. Emerson participated in the EMBA program’s two-week international business study abroad program in Vietnam and China last summer. Traveling with a handful of other EMBA students and professors, he met executives and toured businesses of all sizes and industries. Since Bob’s Red Mill is now in 75 countries and counting, the study abroad experience was especially valuable for Emerson.

Emerson graduated in May with a 4.0 GPA alongside his three teammates from his capstone project. He received the Val Miskin Distinguished Scholar Award recognizing academic excellence, motivation and maturity in class, and potential to excel in a future management position. He plans to use his EMBA degree to further build the leadership team at Bob’s Red Mill. 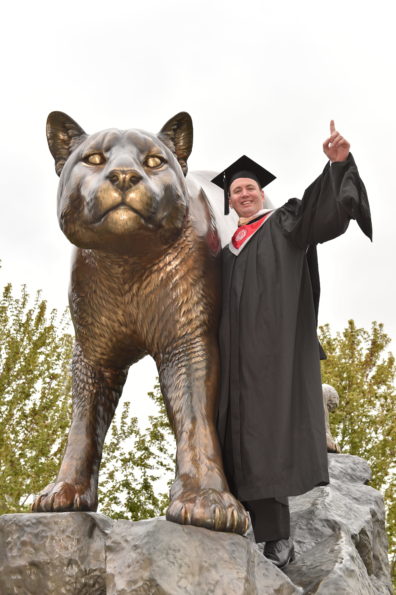