Prospective students who feel pressured by the choice of majors and career paths may feel less overwhelmed after talking to a unique group of student leaders comprising the Carson Center for Student Success’s new ambassador program.

Piloted in 2015, the five-member group is carefully chosen to showcase Carson College programs to campus recruiters, guests, and visitors, as well as prospective students and their parents. Ambassadors develop public speaking skills, confidence, and professionalism as they help promote Carson College initiatives and attend external events, among other duties. 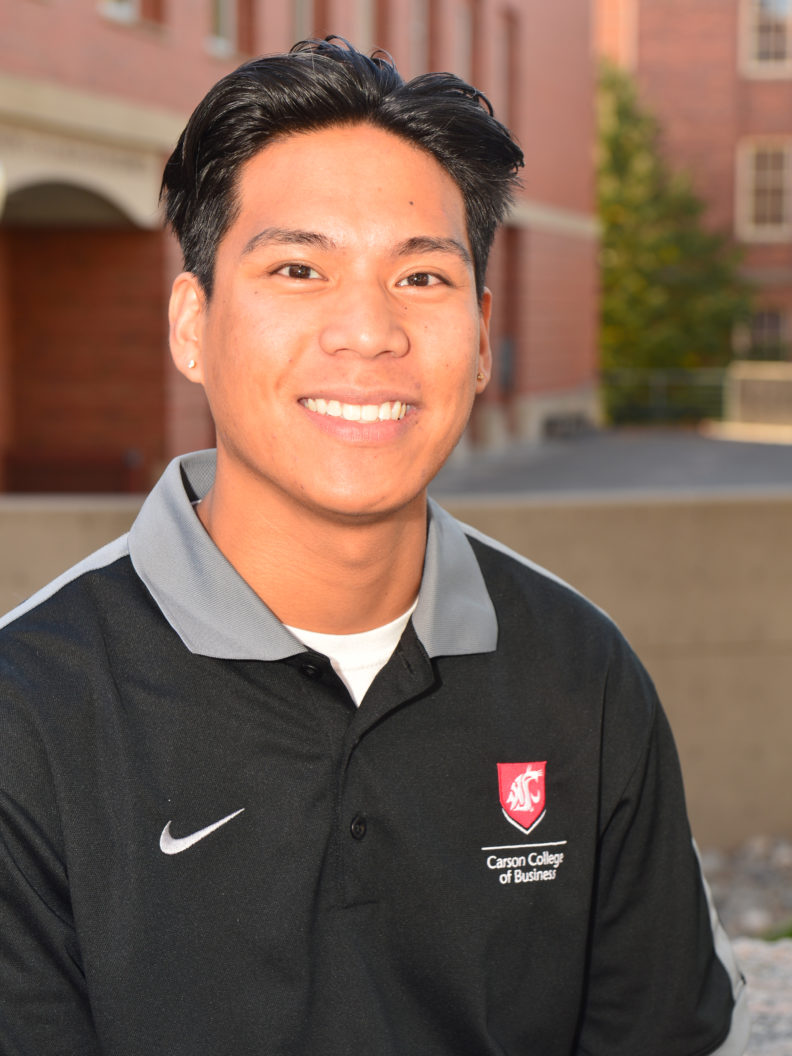 A finance and marketing major, served as an ambassador during 2015-2016. A self-described social and creative thinker, he loves how the program has challenged him to step outside the box of a student and into the role of a professional
representative.

“Because I have to talk to parents and college dignitaries and build relationships with students, I understand how to be the face of the college,” he says. “Anyone can read a textbook, but students also need to be encouraged to interact socially and build connections to be successful in business.”

Putting A Face On Study Abroad

Promoting the study abroad program through class presentations and participating in the annual World Tour event hosted by the Carson Center is an important function of the ambassadors.

Figueroa is currently studying at Cèsar Ritz Colleges in Switzerland and also studied abroad at the Southwestern University of Finance and Economics in China in 2015 (both faculty-led programs). It was the Seattle native’s first time out of the country. He says while his experience in China made him more independent and self-aware, his favorite thing was creating new friendships with other international students studying there. He became an ambassador when he returned to the Pullman campus.

“I give the ‘real deal’ to students interested in studying in China’s faculty-led program,” he says. “I can tell them from personal experience it’s to their advantage to get involved. For me, the ambassador program is Cougs helping Cougs.” 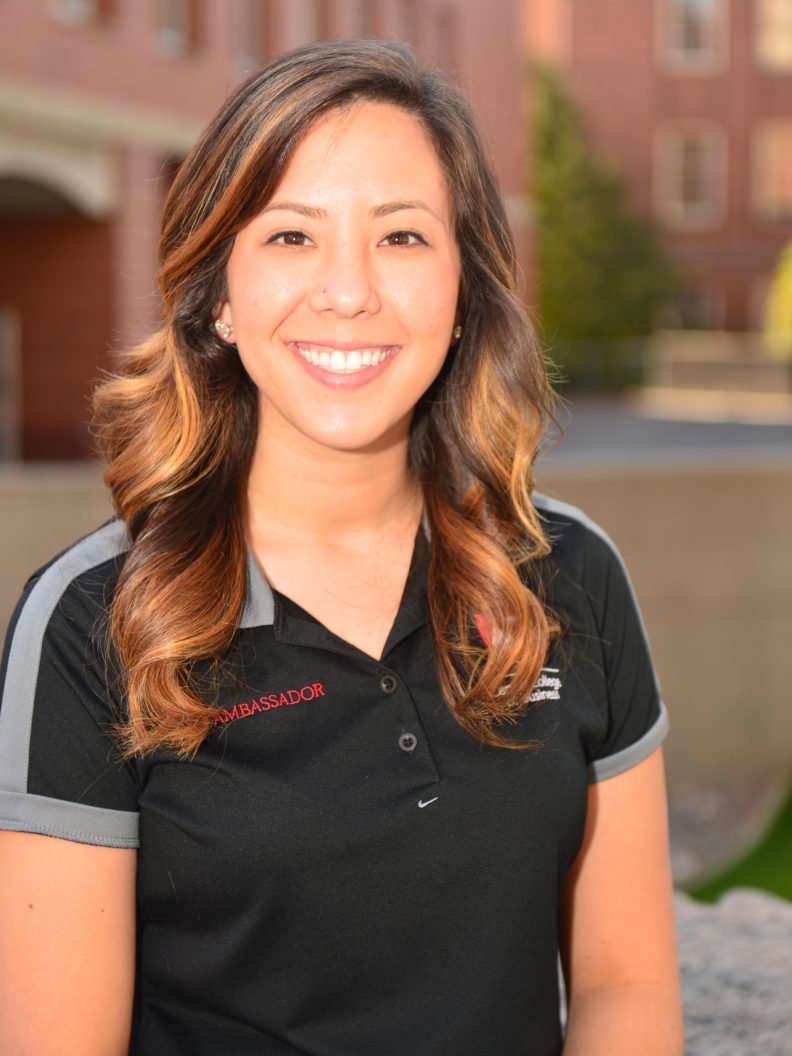 says she became an ambassador in 2015 to pass on to others why WSU is the best opportunity for an undergraduate business education. She enjoys talking to prospective students and sharing her passion for the Carson Center, where she feels a strong sense of belonging.

“I love telling people about opportunities and benefits in the Carson Center. I want to see the ambassador program grow and become a legacy,” she says.

Growing up in Olympia, she knew she wanted to go to college in-state and study law. After visiting WSU on a destination tour, she immediately felt a sense of community in the mix of historic and modern facilities that were similar to her hometown.

“I thought I wanted to be a lawyer, but it really wasn’t for me,” she says. “After dabbling in accounting, I discovered finance and that I liked the analytical side of it. It was more relevant to my lifestyle. Without the Carson College, I wouldn’t have known what the finance world is like.”

In 2015, she studied in the faculty-led program at Korea University in Seoul. Without Internet or GPS, she says her biggest challenges were the language barrier and learning to navigate the city independently. Her biggest reward was gaining a global perspective from meeting and studying with people in a different environment. She is currently studying abroad at Cèsar Ritz Colleges in Switzerland.

“Ambassadors are highly encouraged to study abroad and then share those experiences with prospective students,” she said. “You can’t talk about something you haven’t experienced. People can tell the difference when you are scripted versus having lived it.”

For more info about this leadership program,
contact Danielle Buckner at danielle.buckner@wsu.edu