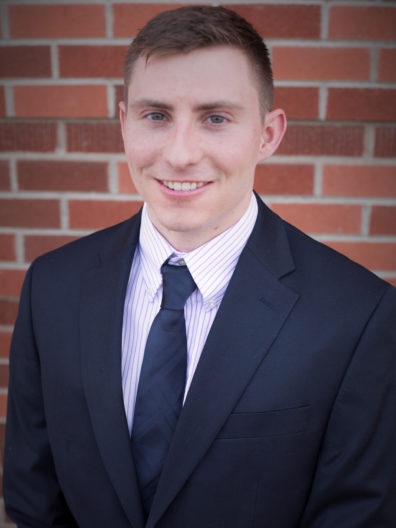 For someone who never planned to major in business, Steven McCutcheon (‘16 Finance, Bioengineering) struck oil when he signed up for an accounting class and discovered an underlying passion for the finance industry.

Learning how the business world works, along with having an entrepreneurial spirit, “was something I couldn’t ignore,”the Wenatchee native says. He read his accounting book cover to cover and says something just clicked. He decided to major in finance as well as in bioengineering, with minors in Spanish and math.

“Although no program can teach you all the technical skills you might need in industry, the finance curriculum and upper-level business electives in financial and spreadsheet modeling gave me a solid foundation for success,” he says.

Through the Harold Frank Scholars program, he toured Silicon Valley businesses for a week and networked with successful Cougar alumni and other entrepreneurs. He also went to New York with the Carson College’s Cougs on Wall Street program and gained an inside view of some of the most powerful financial institutions in the world.
He joined the Delta Chi fraternity, eventually becoming president; served on the ASWSU senate for a semester as the Honors College delegate; and studied abroad in Spain.

Equipped with a global perspective and a repertoire of financial management skills, McCutcheon was poised for success when he attended the WSU Career Fair and met a recruiter from BP, the largest producer of natural gas and oil in North America. He interviewed and was offered an internship at BP’s refinery in Cherry Point.

Situated on 3,300 acres and employing about 900 employees, the refinery processes more than 9 million gallons of crude oil a day, primarily transportation fuels. It provides about 20 percent of the gasoline market in Washington and Oregon; the majority of jet fuel for Seattle, Portland, and Vancouver, BC international airports; and is the largest west coast supplier of jet fuel to the U.S. military.

McCutcheon worked with the refinery’s crude oil supply team developing Excel models and visualization tools to help improve purchase decisions and handle large amounts of data. He says he worked hard, asked lots of questions, and pushed through challenges when they appeared. 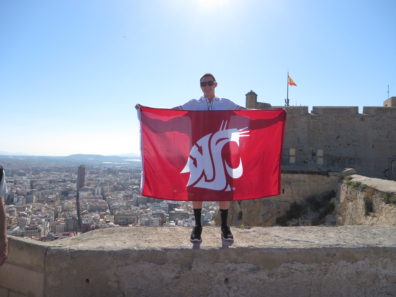 “The most valuable thing I learned is the importance of communication,” he says. “It’s probably the number one skill lacking in college graduates, and it’s also one of the most important for success as a business professional.”

BP offered McCutcheon a job after he successfully completed his internship. In June, he began working in BP’s Challenge Program, a three-year rotational experience that allows new employees to gain exposure to multiple business segments and disciplines. He is also a chartered financial analyst candidate and is focusing on areas of investment management and corporate finance with the goal of becoming a charter holder.

“To be successful within our location of BP, you must possess a strong business skill set and be adept in technical work. WSU graduates have a unique balance of both these aspects, along with a strong work ethic,” says Anthony Wells, BP mid-term asset economist. “Steve exhibited these traits, and his ability to handle tasks was very impressive. He became a technical expert in his area within a short time. We look forward to seeing what more he will bring to BP.”

McCutcheon credits the WSU Career Fair as a key factor in landing an internship and a job.

“I’ve submitted dozens of résumés online and gotten nothing but rejection emails from robots. It can be very disheartening,” he says. “When you have the chance to stand in front of a recruiter and show your presence and enthusiasm, it makes all the difference.”