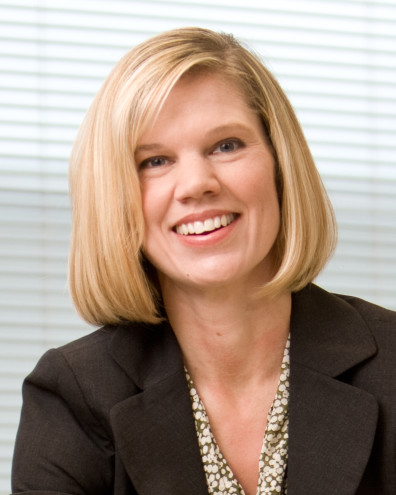 Griffith presented “The Good, the Bad, and the Downright Ugly: An Outsider’s Look at Washington’s Tax System,” at the Hoops Taxation Institute Fall Forum, a venue that engages students and the campus community in issues surrounding taxation.

Thanks to Tax Analysts’ three-year review of national tax administration practices, she delivered an informative analysis of Washington’s tax issues.

Hobbled by lack of transparency

One burr under Tax Analysts’ saddle is Washington tax system’s lack of transparency on how tax laws are administered. Washington is one of only a handful of states that refuse to release private letter rulings (written responses to questions raised by taxpayers) to the public and only shares about four percent of appeal division opinions annually.

Griffith explained this creates a sense that tax policy is being administered behind a closed curtain, leaving the public unable to discern whether similarly situated taxpayers are being treated the same. Clear audit procedures and open processes for awarding tax credits and incentives are also important, she said, noting that roughly half of the states in the nation do not make audit manuals publicly available.

“It’s not just a matter of increasing the amount of information that is publicly available, it has to be accurate, properly redacted, and organized,” she said. “Most states have an adequate system for redacting and publishing rulings by administrative adjudicatory bodies. The Washington Department of Revenue can too.”

Gil Brewer, senior assistant director for tax policy at the Washington State Department of Revenue in Olympia, was at the lecture to rebut Griffith’s comments. While they did not agree on everything, they conceded that income tax, which Washington doesn’t have, is one solution that won’t be used to solve the state’s financial worries.

Brewer credited Griffith with causing the number of publicly disclosed rulings to increase significantly by her informative writing. While he agreed that transparency is a good thing, he said some of what Tax Analysts would like to see revealed could illustrate legal ways businesses have found to pay less. He explained that some companies using those legitimate methods have paid fees to tax experts to develop them—and experts might want to be able to sell those tactics to others.

He said his agency’s biggest burden is to provide reliable information so that anyone who reads it reaches the same interpretation. He listed several improvements that have occurred recently despite limited resources, including increasing the amount of published appeals determinations, offering a live chat feature for people submitting letter rulings, and providing tax payer advocates who are available to follow up on cases.

“The first step is to ratchet down the paranoia,” he said. “The tax system is complicated, but there are no secret policies, and we are not hiding the ball.”

To watch a video of the Hoops Forum, visit https://youtu.be/9WlZ0uVrc6k.

The Howard D. and B. Phyllis Hoops Institute of Taxation Research and Policy is directed by Professor Jeff Gramlich and provides lectures, seminars, and speaking engagements on the topics of taxation research and philosophy. It bridges disciplines, engaging industry leaders, academics, and students to examine the economic, political, and behavioral impacts of tax policy.