J.T. Newton has always been a big fan of the Seattle Seahawks. He was thrilled to get a seat at the 2014 Super Bowl to watch the team face off against the Denver Broncos. As the Seahawks scored a history-making win, Newton made a connection that transformed his career.

Newton was a junior majoring in marketing in Washington State University’s Carson College of Business. He hoped to launch a career in sports marketing. It just happened that the stranger seated next to him had a good friend on the Seahawks’ marketing staff.

It’s all about networking

That lucky connection enabled Newton to land a year-long internship with the championship football team.

“He was just one person in an 80,000-person stadium,” Newton said. “It goes to show that you never know who will be able to help you somewhere down the line.”

Preparing at the Carson Center

Newton left the Super Bowl with a contact name in hand. His next step was to begin a conversation with Seahawks management. He started by seeking informational interviews. It’s a step that the Carson College encourages, he noted.

Newton had worked as a peer advisor in the Carson Center for Student Success. He knew the value of its job search preparation programs. He had always directed fellow students to use Carson Center services. It was time for him to take advantage of them himself.

“For this internship, I used them to help me tailor my resume, review my cover letter, and practice my interview skills,” he said.

The fact that Newton had already worked in athletics marketing probably helped his candidacy. As an intern for WSU Athletics, he had developed promotions for WSU teams and game day events.
Yet he credits the Carson College for preparing him to shine.

“From resume critiques to Career Networking Nights, the college had plenty of [resources to] make me a stronger candidate,” he said. 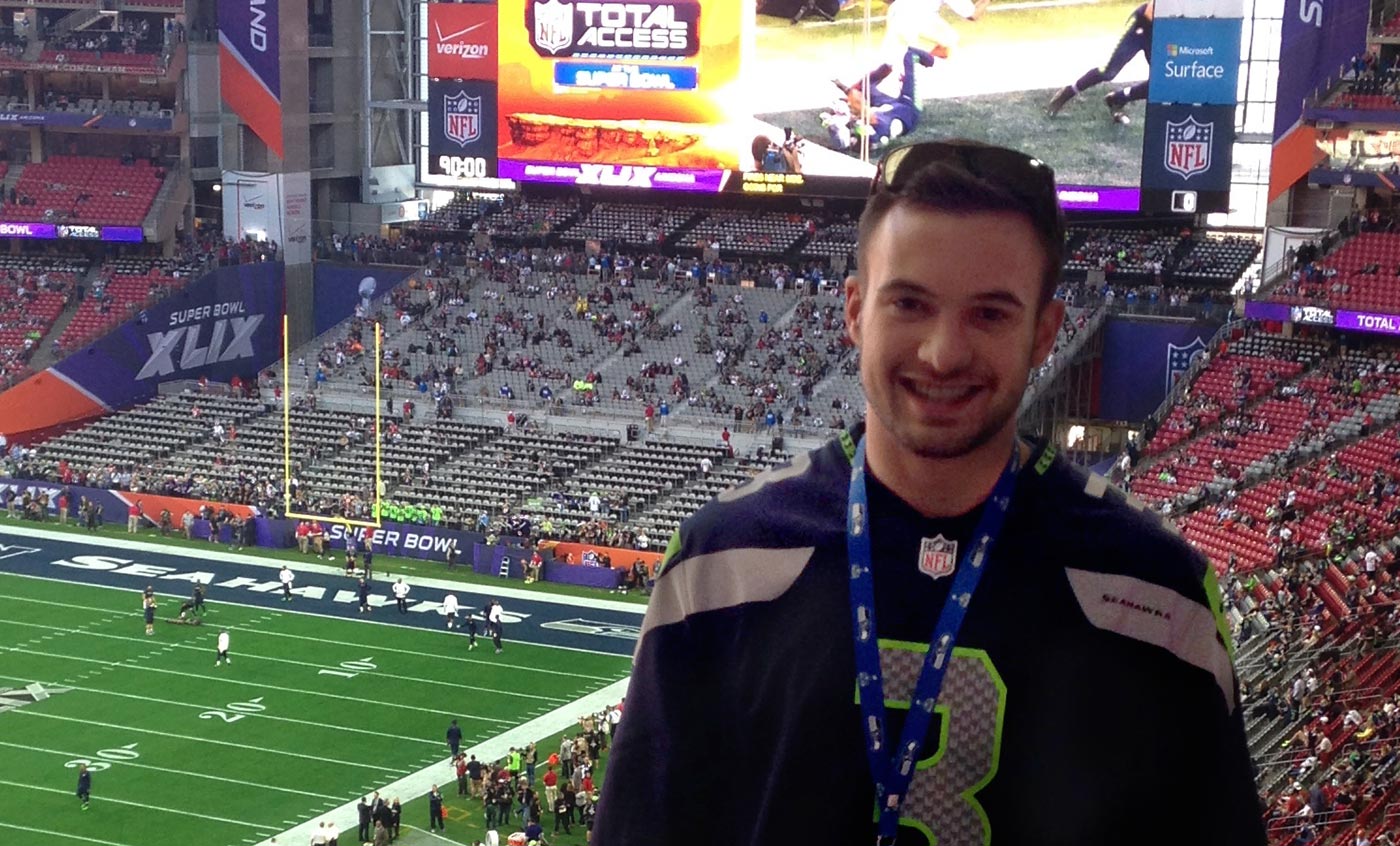 On February 1, 2015, WSU marketing student JT Newton stands in front of University of Phoenix Stadium, where the Super Bowl is about to begin.

Newton now works for the Seahawks in Seattle while he completes his WSU marketing degree online. He coordinates media exposure for the team’s corporate sponsors and partners. He interacts with players on a regular basis.

Newton also managed the CenturyLink High School Athlete of the Week program for the 2014 season. The program honors exemplary high school student athletes in Washington state. Newton screened nominees and worked with sponsoring organizations that chose the winners. He also organized events to honor those students.

Was he ready to handle the assignments he was given? Absolutely.

“The college gave me all the basic business skills and knowledge that I needed to succeed,” he said.

Back to the Super Bowl

In January 2015, Newton flew to Arizona for another Seahawks Super Bowl appearance. This time he travelled with the team.

“It was an incredible experience,” he said. “I got to be a part of what it took to actually make a Super Bowl happen.”

After he completes his degree and internship, Newton plans to continue his career in sports marketing.

In the meantime, he’s helping the Seahawks focus on the future. The NFL draft is approaching. Newton will work with corporate partners to host draft parties. It’s all about bringing people together.

“Networking is so important,” Newton said. 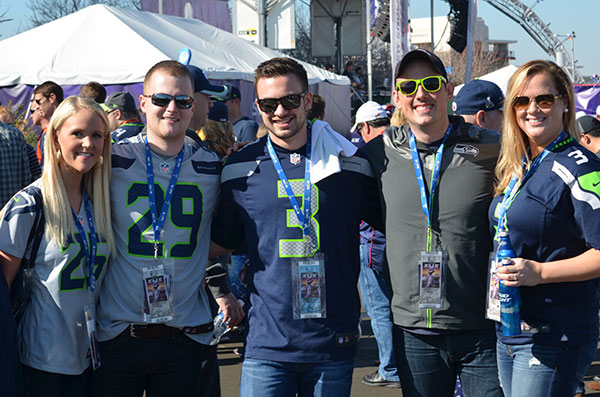 WSU business student JT Newton poses with friends and colleagues before the start of the 2015 Super Bowl at University of Phoenix Stadium in Glendale, Arizona.