As a high school senior, McKayla Lewis thought she wanted to go to a culinary program focused on hospitality. However, Nancy Swanger, director of the School of Hospitality Business Management, changed her mind by asking one simple question—“Do you want to own and manage your own business or work for someone who does?”

In that moment, Lewis learned she should attend an accredited business school in order to achieve her dream of owning an establishment. Influenced by Swanger’s advice and the hospitality program’s impressive national ranking, Lewis chose to attend WSU. 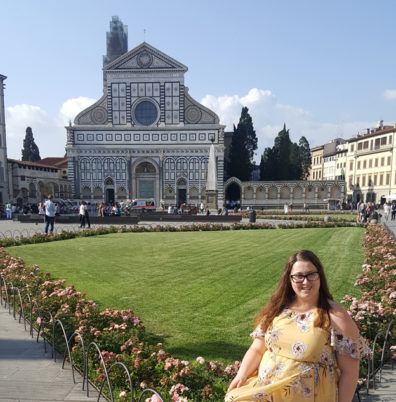 But paying for four years of college on your own is daunting.

“My parents were unable to support me throughout college, so I have been financially independent since I was 18,” Lewis says. “Scholarships enabled me to remain a student and focus on being as involved as possible with my studies and the amazing student organizations that are a part of the hospitality department.”

Lewis gratefully acknowledges the support she received from several hospitality and Carson College of Business scholarships over the past four years, which gave her the opportunity to study abroad in the faculty-led food and wine and culture program in Italy and France.

The value of study abroad

While studying at the Apicius International School of Hospitality (Florence, Italy) and the Institut Paul Bocuse (Lyon, France), Lewis earned 12 credits and gained a wealth of skills. The most valuable was the ability to communicate with people without knowing the language or culture, she says.

“As a future manager, this skill will benefit me in communicating with staff and others, as I have learned to listen, not just to respond,” Lewis says.

Living with an older student from a different school gave her perspective on getting along with a different generation, and dealing with hospitality and tourism professionals exposed her to differences in the tourism industry between Italy and France.

“My study abroad experience changed my life because I learned how to follow and be adaptable,” says Lewis. “So much of my life I have strived to be a leader, and during my trip I learned the value of knowing when to step back and let someone who can better handle a situation take charge.”

Planning for the future 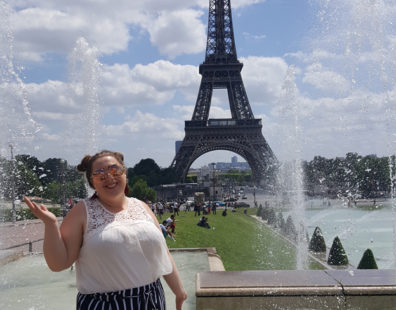 Lewis hopes to one day own a boutique hotel with a small event center. She will be finishing her first step toward achieving this goal on May 4 when she graduates with a hospitality business management degree and a minor in human resources.

“My degree program provided me with knowledge that is not taught on the job and gave me insights into many different areas of the hospitality industry,” says Lewis. “It has also grown my network and provided me with many connections that I would not have otherwise had.”

Lewis recently accepted a position as the operations corporate management trainee at the Hyatt Grand in San Francisco. She will learn all of the operational areas of a hotel and start her career as a manager. She plans to gain experience as a general manager before eventually opening her own hotel.

To learn more about investing in Carson College of Business scholarships,
contact Jeff Pilcher, director of development, at 509-335-8906 or jeff.pilcher@wsu.edu.