The Center for Entrepreneurship, in collaboration with the WSU Foundation, has established a new memorial fund to honor Eric Carr, former WSU student and loyal Coug.

Tragically, Carr passed away on December 30, 2018, devastating his coworkers, family, and a large community of Cougs. To help carry on Carr’s legacy of entrepreneurial spirit, his family and friends chose the Center for Entrepreneurship as the vehicle to enrich the next generation of entrepreneurs. 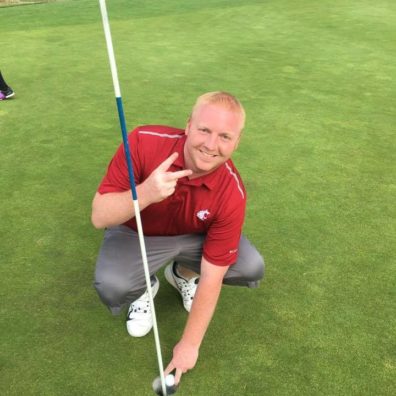 Born with an entrepreneurial spirit

Carr was an entrepreneur from a very young age. As a little boy he would study up on his baseball cards, and his dad would take him for an afternoon of trading at the card store. He knew exactly what the cards in his hand were worth, would trade with the adults at the store, and come back home confident that he left the store with a higher trade value.

Later, Carr was determined to go to college, so he went to work at a young age and saved his money. In high school, he built a Christmas lighting company that did quite well. He fell in love with WSU during campus visits and met his best friend, Jason Lotz. The two formed a lasting friendship and joined Beta Theta Pi fraternity. While a sophomore at WSU, Carr was elected president of the fraternity. He was also WSU’s Greek Man of Year.

“The friendships he gained through Beta Theta Pi meant so much to him and helped shape him into the man he became,” says Rena Jansen, Carr’s aunt.

Carr often spoke of his desire to help others, in particular, young entrepreneurs, says Jansen. He was well aware how tough it was to start a business and wanted to help them follow their dreams as he did when he launched South by Sea, an online T-shirt and merchandise business in Edmonds, Washington.

After launching the company in 2011, he grew the business to 70 employees and more than $11 million in annual T-shirt sales, winning two awards for being one of the area’s fastest growing companies. Carr’s work ethic and compassion for people were staples of his business philosophy.

“He cared deeply about his employees and did what was right for them, which wasn’t always the easiest business decision,” says Jansen. “There were times when he would not take a paycheck for extended periods of time to make sure his employees were well taken care of so the company could grow.”

Following through on his word was another of his characteristics.

People in the Seattle area may remember when Carr lost a bet with a Husky coworker. He walked 14 miles to work, through Seattle, carrying the Husky flag. It made the Seattle news and was a testament to his sense of honor.

“When contemplating all the options to establish Eric’s legacy, this one just seemed to have Eric written all over it for several reasons,” says Lotz. “It spoke to his desire to help future student entrepreneurs. There is something special about memorializing his name and attaching it to someone whose future success will begin with his support. We could almost feel his enthusiasm for the future winner.”

Carr’s friends and family hope to create a multi year fund that can potentially be endowed. All the donations will be tax deductible through the WSU Foundation.