Meet Yoonsoo Nam: Driven by Making an Impact in Business through Meaningful Research 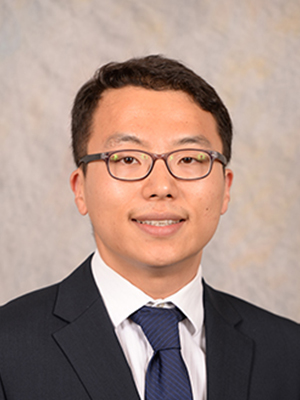 If Yoonsoo Nam, doctoral student in finance, could give one piece of advice for incoming doctoral students in business, it would be: Do research that makes a difference.

It’s a philosophy that led Nam to Washington State University’s Carson College of Business and has guided his journey to build a career as a business professor and researcher.

His dream of becoming a finance professor was put on hold shortly after his first year of graduate school, when he returned to South Korea to serve in the Republic of Korea Army—South Korean men between the ages of 18 and 35 are required to complete 21 months of military service.

By the time he returned to the states, he was ready to finish his master’s program and get to work on his PhD—a decision that led him 250 miles east of Missoula to Pullman.

Nam said he chose the Carson College for his PhD program because the college offered the opportunity to work with exceptional researchers in the area of finance, in particular, Douglas Fairhurst, assistant professor of finance and Nam’s PhD advisor.

“I wanted to work with Dr. Fairhurst because his research projects overlap with topics I am interested in,” says Nam.

Nam’s research focuses on gaining a better understanding of the financing decisions of corporations and whether those decisions align with the best interests of shareholders. He has coauthored and published a number of papers in his field. Most recently, his research has appeared in the Australian Journal of Management.

Nam’s dedication to research was apparent before ever stepping foot on the WSU campus. According to Fairhurst, Nam had downloaded one of the professor’s research papers, replicated the study, and then emailed the results to Fairhurst with a request to meet and discuss his own research goals. “Since then, he has continued to display the same great initiative and capability,” says Fairhurst.

Not only has Nam’s efforts in research been noticed by faculty, his work has also attracted the attention of industry peers. He has presented on his projects at the Financial Management Association’s annual meetings in 2017 and 2018 and received the Shinhan Bank & Korea-America Finance Association scholarship for PhD students.

Setting his sights on his future

For his future beyond WSU, Nam sees himself as an assistant professor in a university that places strong emphasis on research initiatives, such as the WSU Drive to Twenty Five. No matter where he ends up teaching and continuing his research, he is certain to make a lasting impression on his colleagues.

“Yoonsoo’s work ethic is clearly top-notch. However, his contribution to the culture in our doctoral program is equally impressive,” says Fairhurst. “His positive attitude is evident from his interaction with both the faculty and the other PhD students.”

Nam says he is grateful for the experiences he has had in the Carson College PhD program, which have allowed him to hone his research skills and work alongside faculty researchers who help drive meaningful research.

“I am very passionate about continuing my research and working with students. I would like to become an excellent researcher who makes a difference and a caring teacher, just like the professors in my department,” he says.

Learn more about the Carson College of Business PhD program.