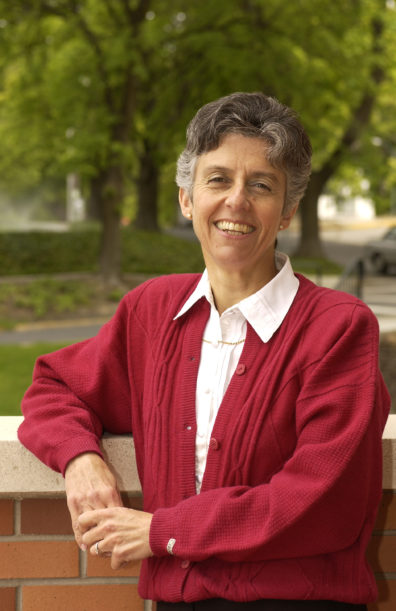 The Carson College of Business is pleased to introduce Jessica Cassleman as the new assistant dean of international programs.

Her deep commitment to creating new possibilities abroad and challenging students to learn from diverse populations will build upon the college’s existing strengths in international programs, including the undergraduate international business program that is consistently ranked in the top 25 nationally by U.S. News and World Report.

“To establish ourselves as the top undergraduate business program in the northwest, we need to build on and extend our strong reputation for preparing students for success in the global marketplace,” said Chip Hunter, college dean. “With her wealth of experience with diverse cultures, languages and people from other countries, Jessica will bring new and insightful leadership to our international programs.”

“It is with great excitement that I join the Carson College of Business after a total of 26 years in the WSU Honors College. It is inspiring to look into the vision of the college and its emphasis on preparing students for a world where cultural understanding is crucial to the success of international business,” says Cassleman. “I look forward to working with the faculty, students, and staff to help in this process.”

Cassleman was assistant dean of the WSU Honors College for the last 16 years, responsible for enrollment management, advising, teaching, and international activities. She has worked closely with international programs for over 20 years. She was a pioneer of faculty-led trips, which are a hallmark of the Carson College’s study abroad programs.

She took her first group of students to Europe in 1980 when she was at the University of Illinois. Since then, she has organized 10 trips abroad including Central Mexico, Spain, Chile, Peru, Cuba, Brazil, and Ecuador, including the Galápagos Islands.

Her academic interests include social politics related to sports as well as Latin America, ethics in sports, international education, and educational leadership. 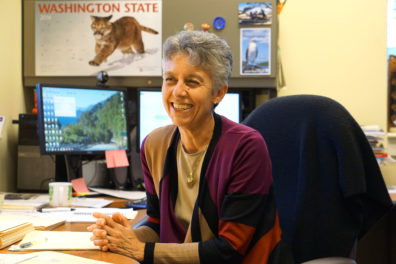 Before joining the Honors College, Cassleman was the women’s track and field and cross country coach at WSU and the University of Illinois, and named national women’s track and field coach in Chile to the South American championships in Paraguay. Her WSU teams performed as high as 7th, 11th, and 15th at NCAA nationals. Her athletes won national championships in four occasions, and had dozens of All-America performers. During her athletics career, she was invited to offer week-long clinics throughout Latin America sponsored by the International Amateur Athletic Federation and the Olympic Solidarity Movement.

Cassleman is committed to the success of students and internationalization of education, and she has received several awards recognizing her dedication including the Provost Robert C. Bates Award for service to the international community and enhancing overall internationalization efforts at WSU (2012), the National Faculty Advisors’ award (2010), the WSU Outstanding Academic Advisor Award (2010), and the WSU Mentor of the Year Award for Teaching Faculty (2006). She was also recognized in Who’s Who Among America’s Teachers® in 2005.