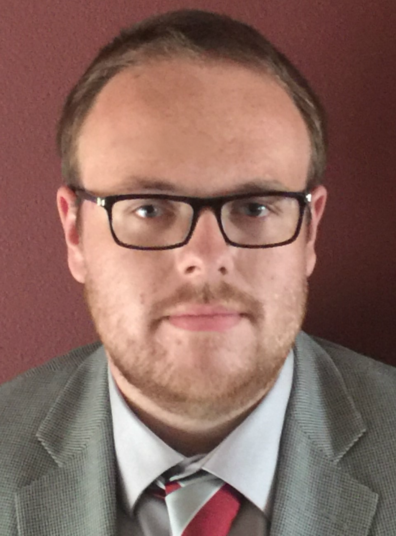 Luke Slaughterbeck, a 2016 graduate of the WSU Carson College and the WSU Honors College, is one of a handful of WSU students to have undergraduate research accepted for publication.

“The Honors College allows students to examine subjects in-depth, an opportunity they would rarely encounter through standard curriculum,” he says. “The college integrates a range of academic disciplines and fosters creativity and outside-of-the-box thinking. Also, I never could have completed this assignment without the help of my Carson College of Business advisor, Dr. Kalvin Joshi. He was an incredible resource and provided a wealth of ideas.”

“I believe that the Carson College of Business has a great partnership with the WSU Honors College,” Joshi says. “The Carson College’s undergraduate international business program is ranked 15th in the nation. I enjoyed advising and working with Luke and commend his scholarly commitment to undertake directed research per this important international subject matter.”

Slaughterbeck has always been interested in international trade, and he majored in international business at WSU. He first became aware of the Trans-Pacific Partnership (TPP) as it became an issue in the presidential election. His paper comes after recent opposition of both trade agreements by U.S. presidential candidates and failed negotiations between the United States and the European Union members over the Transatlantic Trade and Investment Partnership (TTIP).

He decided to research this particular subject to see whether their specific criticisms of the agreement have merit. In his extensive review of the Investor-State Dispute Settlement (ISDS), one of the most controversial parts of the TTIP and TPP, he found that criticism is unwarranted.

“This long established area of international law has come under increasing criticism for a wide variety of reasons,” he says.  “Some groups argue the ISDS is shrouded in secrecy and impedes governments’ abilities to implement labor, environmental, and health legislation. Many believe ISDS is a step too far—a legal mechanism that equates businesses with sovereign states.”

“The most surprising result I found was the small number of ISDS cases globally,” Slaughterbeck says. “The process has frequently been cited by free trade opponents as a reason for opposing the TPP, but the total number of historical cases is less than 700, and the U.S. government has never lost an ISDS case.”

Although there are many legitimate criticisms of ISDS and ways for the process to be improved, there is little evidence that is worthy of all the public furor surrounding it, he says. “The amount of controversy generated by ISDS is rather remarkable, given the limited amount of cases that have been brought before ISDS tribunals.”

Slaughterbeck suggests a list of potential reforms that could be made to standard ISDS procedures. He suggests that reforms already outlined in the TPP are more reasonable than those proposed by the EU and would address some of the most common complaints of the ISDS without fundamentally changing the process. These include increasing transparency and public participation in cases, restricting parallel claims so investors can’t sue in both domestic and ISDS courts, appointing independent experts by the arbitration tribunal to investigate claims, and allowing governments to violate investment treaties to safeguard their financial systems in times of crisis, if both states agree.

“Although the idea of corporations suing governments in international courts can be portrayed as corrupt and a subversion of democracy, it is an important step in guaranteeing the rule of law globally, and attracting investment in international markets,” he says. “The reforms made in the TPP perform admirably in both opening the process up to outside scrutiny, while retaining its fundamental safeguards.”

Ultimately, this study may help inform academics and policy makers regarding the expansion of free trade, as well as influence voters considering the TPP’s ratification.