“Not only was I in a new country, but I was also going to an international school. The students were from different countries all over the world. Getting to know such an amazing, diverse group of people was so valuable.”

The first thing WSU senior Shelby Kirk noticed about Brig, Switzerland was the mountains. Soaring and majestic, the Alps provided the perfect backdrop for a semester abroad.

Kirk, an international business major with a minor in Spanish, was one of seven business students who took WSU classes at César Ritz Colleges Switzerland during Fall 2014. The students spent 11 weeks in picturesque Brig as part of the Carson College’s faculty-led study abroad program. The experience, she said, was unforgettable.

“Not only was I in a new country, but I was also going to an international school. The students were from different countries all over the world. Getting to know such an amazing, diverse group of people was so valuable,” Kirk said.

The top-notch Swiss chocolate and fondue didn’t hurt either.

Before her semester in Switzerland, the only other country Kirk had visited was Canada. Taking advantage of Switzerland’s central location, Kirk traveled all over Europe when she wasn’t in class. She and her classmates would take a 2 to 3 hour train ride to Geneva or Zurich and fly to cities like Milan, Rome, Amsterdam, Oslo, and Barcelona.

“In just a few hours, I could be in another country, city, and culture. It was so freeing. I loved it,” Kirk said.

“It was incredible to meet people from different cultures all across the globe. They were very friendly and made me feel welcome,” Davidson said. 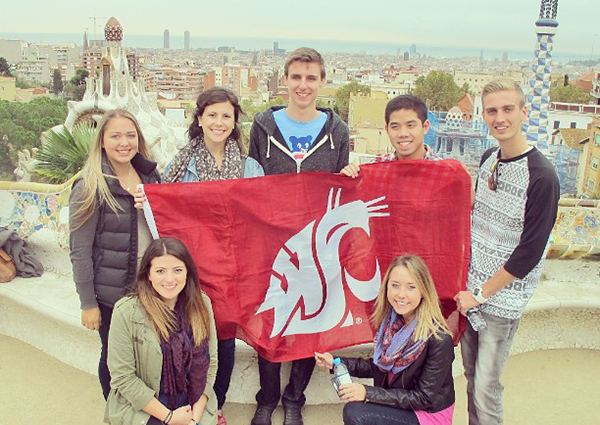 A case study in Spain

Jean Johnson, the WSU marketing professor who accompanied the students to Switzerland, led a group trip to Barcelona. For five days the students soaked up Spanish art, culture, history, and architecture. They learned how tourism in Barcelona mushroomed with the 1992 Olympics.

Johnson called it a case study in the tourism industry. Before the Olympics, Barcelona was virtually undiscovered by travelers. But when commercials aired showing the city’s sandy beaches, gorgeous weather, and vibrant nightlife, that all changed. Now, it’s a tourism hub.

“Studying abroad enriches your life in so many ways. You see how other people live and how life’s meanings and life’s journeys vary for people in other parts of the world,” Johnson said. “You make wonderful memories.” 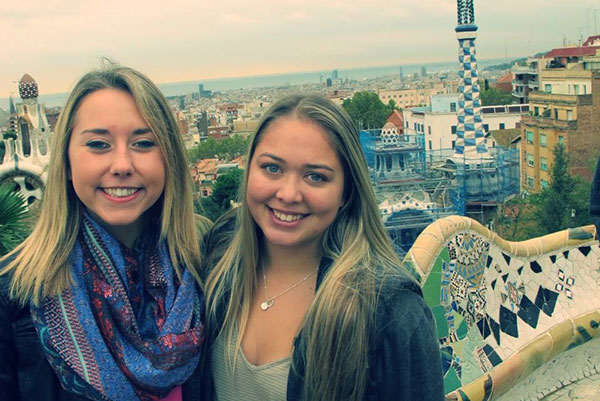 One of the best parts about traveling anywhere is the food, right? And in Switzerland’s case, the water. Eighty percent of Swiss drinking water comes from natural springs and groundwater. The rest comes from the lakes. And bottled water? Forget it.

“Everyone just drinks straight from the tap. It’s the best water I’ve ever had,” Kirk said.

Being in Switzerland during the winter months also had its advantages when it came to local cuisine. Tasty fares and hot wine were available at every Christmas market.

Pictured below: Shelby Kirk (left) and Drew Davidson (second from right) wave the Cougar flag with classmates in front of the Matterhorn in Zermatt, Switzerland.

Kirk chose the Switzerland program because it offered her a unique chance to study at an international school. César Ritz Colleges is home to students from all over the world. Most are interested in hospitality business management.

“My favorite part of the trip was getting to make friends with such a diverse group of people. We were all from different countries and spoke different languages, but we had an amazing time together,” Kirk said.

International connections and appreciation of different cultures are keys to success in the business world. That’s why the Carson College of Business offers students dozens of study abroad options. Ten of them are faculty-led. In addition to Switzerland, students can travel with faculty to Australia, China, Greece, Italy, South Korea, Spain, France, and Thailand.

“Jean Johnson and her husband made the transition abroad easier,” Kirk said. “For Thanksgiving they even got us a turkey and cooked us a Thanksgiving meal.”

Kirk and Davidson took several WSU business courses in Switzerland. They included Management 301 and 450, Finance 325, Marketing 360, and International Business 380 and 408. All of them transferred with no problems.

“The Carson College of Business is good at anticipating the students’ needs,” Johnson said. 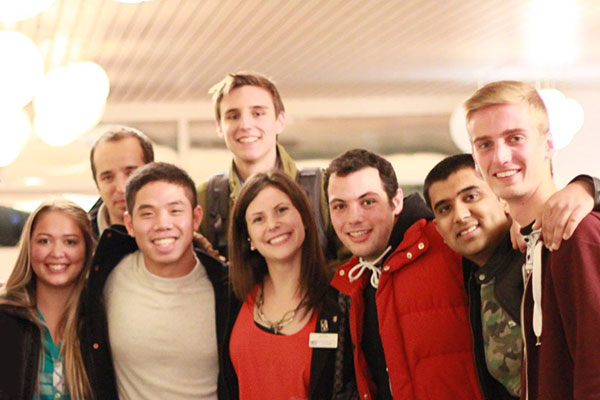 Many students don’t consider study abroad programs because of concerns about cost. That’s unfortunate, because the experience is priceless.

“It’s one of the most rewarding things a student could do,” Johnson said.

There are many ways to place studying abroad within your financial reach. Kirk urges students to seek out financial support.

“If you think you don’t have the money for it, there are always scholarships and people willing to help you get what you need,” Kirk said.