Millions of people do not have the means to save their own lives in the event of an allergic reaction. David Kurz, an entrepreneurship major, aims to change that. His newly formed software company, EPI-N, provides an app for epinephrine carriers that alerts 911 dispatchers and listed emergency contacts, as well as a user’s epinephrine pen, via Bluetooth technology.

“According to the Asthma and Allergy Foundation of America, over 3.6 million Americans have life-threatening allergies, yet on average, only 20 percent carry a working epinephrine pen,” says Kurz. “The app enables a user to receive emergency resources faster, and in family use situations, can reduce 911 response time by up to 20 percent.”

The budding entrepreneur from the small town of Orting, Washington, has big dreams. He plans to launch a health care platform individuals can join at no cost to obtain resources that prevent anaphylaxis related fatality. Depending on how quickly his company grows, Kurz plans to earn his MBA before his twenty second birthday and become a serial entrepreneur—someone who runs multiple businesses—for life.

Kurz says his ability to pursue his dreams was made possible by the J. Walter and Clara Davis scholarship that supports student leaders pursuing a business degree and who are engaged in academic and civic functions. The award allowed Kurz to have more financial freedom to reinvest in his business and pursue growing his company of seven team members. 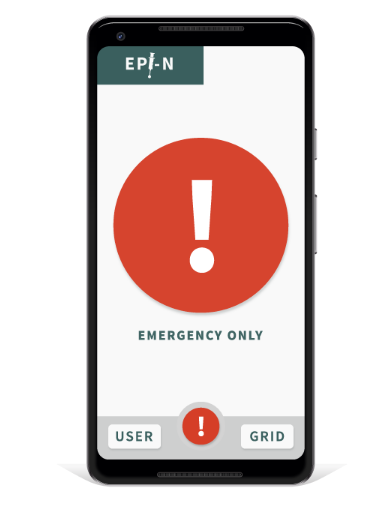 “I do not have to take out any loans for the remaining time before I graduate in December, a financial independence I was not expecting,” says Kurz. “It is a large burden that has been dissolved, and I am very grateful.”

“The scholarship showed me the value of doing well in my academics and further reassured me that my academic pursuits align with my overall objective. This was very impactful, because before this scholarship, I had never been recognized for the work or path I have chosen, let alone monetarily rewarded for it. This motivates me to work harder toward my goals,” he says.

Kurz’s personal interests fuel his entrepreneurial spirit. He has been a team leader for the Pierce County Explorer Search and Rescue for seven years, and he helped found the WSU Entrepreneurship Club in 2017. In spring 2018, he and his team competed in the WSU Business Plan Competition offered by the Center for Entrepreneurship.

“I enjoy the personality of WSU. Here, you don’t hear many stories concerning students who had to transfer or give up their ambitions because a particular college branch was too difficult to be accepted into. It is the perfect place to explore all of my hobbies and interests,” he says.

“What I love about the Carson College is the large pool of resources. It makes what is difficult easier and greatly benefits those willing to invest their energy,” he says. “I am very fortunate to have support from those around me, and I thank everyone who has played a role in helping me achieve my goals.”

Click for more information on how you can invest in the Carson College of Business to support students like David,
or contact Jeff Pilcher at jeff.pilcher@wsu.edu or 509‑335‑8906.